There’s a silver lining in the economic anxiety Americans face: Interest rates are at unprecedented lows and benchmark bond yields have dropped below 1% for the first time in history, conditions that are expected to cut borrowing costs even further on everything from mortgages to student loans.

The Federal Reserve lowered borrowing costs to near zero Sunday in an emergency move to combat the economic shocks from the coronavirus pandemic. Meanwhile, the 10-year Treasury yield, a key benchmark that influences borrowing costs on houses and auto loans, slumped further to historic lows this month as virus fueled worries stoked fears of an economic slowdown.

But experts say borrowers are poised to benefit from the combination of lower rates and a drop in bond yields.

Mortgage rates have dropped to historical lows as bond yields have fallen, a move that could help first-time homebuyers and those looking to refinance. When Treasury yields fall, banks charge lower interest rates for mortgages.

The Fed’s key short-term rate affects 30-year mortgages and other long-term rates indirectly. The average fixed rate for a 30-year mortgage rose to 3.36% last week, up slightly from an all-time low of 3.29% the prior week, according to Freddie Mac. That’s almost a full percentage point lower than 4.31% a year ago.

Why the Fed cut rates

The move, which had one dissent, brings back memories of the global financial crisis more than a decade ago. It comes at a time when U.S. Treasurys have plunged to their lowest levels ever, with the entire yield curve falling below 1 percent for the first time in history. Equity markets ended their near 11-year bull market run on fears that the virus would dampen economic growth before Congress created an adequate fiscal policy response.

It comes on the heels of additional aggressive action from the Fed on Thursday, with the U.S. central bank injecting $1.5 trillion into money markets to ease funding shortfalls amid record volatility.

Following the emergency action, Powell said during a press conference with journalists that Thursday’s events prompted the Fed to move up its meeting by two days. The emergency action would be “in lieu of” its originally scheduled, two-day gathering, set to conclude on March 18. In a historic decision, Powell announced they would not be updating their Summary of Economic Projections, as they do once a quarter, given the uncertainty of the economic environment.

The outlook “is just not something that’s knowable,” Powell said. “Writing down forecasts in that circumstance didn’t seem useful.”

Public gatherings have been limited across the country to prevent the spread of the virus, with states such as Illinois, Ohio, and Massachusetts introducing sweeping measures to close public schools, restaurants, and bars. Experts say these actions have likely sent the longest expansion on record to a grinding halt, if not an outright recession.

Now that interest rates are back to their lowest levels ever, the aggressive reduction shows that officials couldn’t wait for their originally scheduled two-day meeting, says Greg McBride, CFA, Bankrate chief financial analyst.

“The coronavirus outbreak has harmed communities and disrupted economic activity in many countries, including the United States,” the central bank said in a statement on Sunday. “The Federal Reserve is prepared to use its full range of tools to support the flow of credit to households and businesses.”

John Hopkins Experts may have found the answer to the Corona Virus...Click to read the article on Science Alert 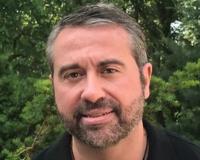 Frank Vazquez is one of New Jersey's Top Realtors, helping you buy and sell Real Estate with a Trustworthy Professional. Rated Best of Zillow - Top 1% of all Premier Agents Nationwide 2017/2018....

What Buyers Should and Should Not Request to Be FixedWhen you find a home you want, it is important to pick your battles when it comes to repairs requested from a home inspection. While it would

There’s a silver lining in the economic anxiety Americans face: Interest rates are at unprecedented lows and benchmark bond yields have dropped below 1% for the first time in history, conditions

How To Properly Clean And Disinfect Your Office

As coronavirus infections spread and cause shutdowns of offices and schools across the U.S., many are understandably on edge.COVID-19, the novel respiratory disease that started in

By registering, you agree to our terms of use and that real estate professionals and lenders may call/text you about your inquiry, which may involve use of automated means and prerecorded/artificial voices. You don't need to consent as a condition of buying any property, goods or services. Messages/data rates may apply.